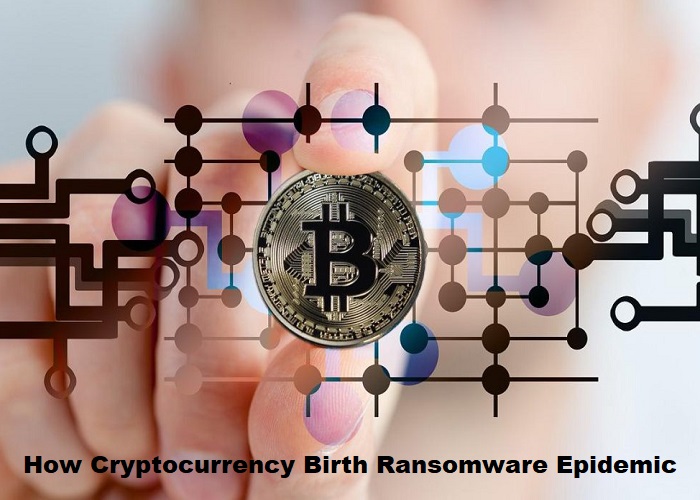 Cryptocurrency has quickly become one of the most talked about topics in recent years. But what many people don’t know is that cryptocurrency was a major factor in the birth of ransomware. In this blog post, we’ll explore how cryptocurrency paved the way for ransomware to become the epidemic it is today. We’ll also dive into some of the methods cybercriminals are using to capitalize on this trend and how you can protect yourself against ransomware attacks. Stay tuned!

The birth of ransomware can be traced back to the early days of the internet. One of the first known instances of ransomware occurred in 1989, when a Trojan horse program called AIDS Info Disk was used to encrypt files on infected computers. The program displayed a message demanding that the victim send $189 to a PO box in Panama in order to receive the decryption key. While this type of ransomware was relatively rudimentary, it laid the foundation for more sophisticated attacks that would come later. In 2005, the first major ransomware attack occurred with the release of the Trojan. Winlock malware. This malware encrypted users’ files and demanded a ransom of $200 in order to decrypt them. This attack was particularly noteworthy because it was one of the first instances of ransomware that targeted individuals rather than businesses. Since then, ransomware has evolved considerably, with new variants being released on a regular basis. Today, ransomware is one of the most prominent cyber threats facing both individuals and organizations alike.

Ransomware is a type of malware that encrypts a victim’s files and demands a ransom to decrypt them. Ransomware has been around for several years, but it has evolved significantly over time. Early ransomware was often spread through email attachments or infected websites. Once the victim installed the malware, it would encrypt their files and display a message demanding a ransom. The problem with this approach was that it was relatively easy for security experts to decrypt the files. As a result, many victims simply paid the ransom and regained access to their data. To make ransomware more effective, attackers began using stronger encryption algorithms and targeting entire networks. This made it much more difficult to decrypt the files without paying the ransom. In addition, attackers began threatening to delete the decryption key if the victim did not pay within a certain time period. This made ransomware much more dangerous, as it increased the likelihood that victims would lose their data permanently if they did not pay up. Ransomware has also become more sophisticated in recent years, with some variants even targeting backup systems in an attempt to prevent victims from regaining access to their data. As ransomware continues to evolve, it is becoming increasingly difficult to protect against. The best defense is still a good backup strategy, as this can help you recover your data even if your system is infected with ransomware.

While ransomware has been around for years, it has become increasingly sophisticated and common in recent years. In 2020 alone, there were several high-profile ransomware attacks, including ones against the City of New Orleans and the Columbia Basin Health Association.

It is likely that ransomware will continue to be a major security threat in the years to come. As long as there is a demand for it, there will be people willing to supply it. However, there are steps that individuals and organizations can take to protect themselves from this type of attack. For example, regular backups can help ensure that data can be recovered even if it is encrypted by ransomware.

The future of ransomware depends on the continued development of effective countermeasures as well as the education of users about how to protect themselves from this type of attack.