How To Install Kali Linux 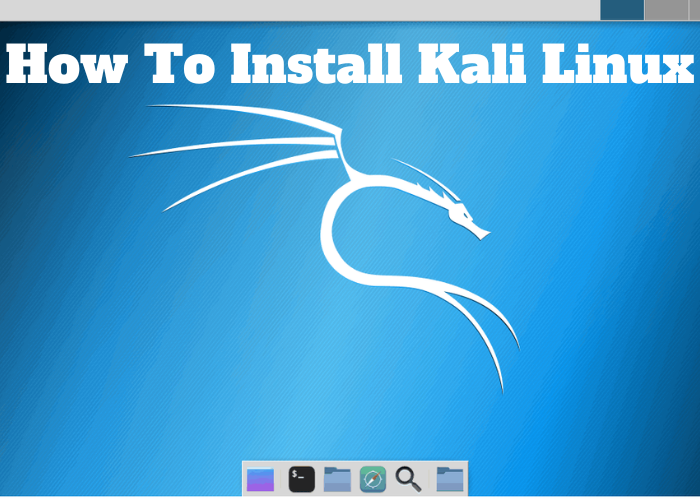 What Is Kali Linux, and What Are Its Features

Kali Linux is a Debian-based Linux distribution designed for digital forensics and penetration testing. It was developed by Offensive Security, a security company specializing in providing training and services related to information security. Kali Linux is a popular choice for penetration testers and security researchers due to its wide range of tools available for conducting tests and its ease of use. The distribution ships with over 600 pre-installed penetration-testing programs, making it one of the most comprehensive distributions available. Kali Linux can be installed on a wide variety of hardware platforms, including laptops, desktops, and servers. It is also available as a live DVD or USB image that can be booted directly into a “clean” environment without being installed on the hard drive.

How To Install Kali Linux on Your Computer

If you’re looking to install Kali Linux on your computer, there are a few things you’ll need to do first. In this article, we’ll walk you through the process step-by-step.

First, you’ll need to download the Kali Linux image from the official website. Be sure to download the image that’s appropriate for your computer’s architecture (32-bit or 64-bit).

Once the image is downloaded, you’ll need to burn it to a USB drive or DVD. We recommend using Etcher for this purpose. Once Etcher is installed, open it and select the Kali Linux image you just downloaded. Then select the USB drive or DVD you want to use and click “Flash!”.

Once the USB drive or DVD is ready, insert it into your computer and root from it. If you’re not sure how to do this, consult your computer’s documentation. On most computers, you’ll need to press a key during bootup (usually F12, F10, or Esc) to bring up the boot menu. From there, choose “Boot from USB/DVD.”

Once Kali Linux is booted, you should see the Kali welcome screen. From here, follow the prompts to install Kali onto your hard drive. Be sure to install it in a location that has enough free space – at least 20 GB is recommended. And that’s it! Once the installation is complete, reboot your computer and start using Kali Linux!

How To Use Kali Linux for Penetration Testing and Security Auditing

The Benefits of Using Kali Linux

There are many benefits to using kali Linux, which is why it is such a popular choice for ethical hackers and security researchers. First of all, Kali Linux is based on Debian, which is a very stable and reliable operating system. This means that Kali Linux is less likely to crash or experience other technical issues. Furthermore, kali Linux comes with a wide range of tools that can be used for hacking and security testing. These tools are constantly being updated and improved, making kali Linux an essential tool for anyone involved in the cybersecurity field. Finally, Kali Linux is free to download and install, making it a great option for those on a tight budget. Overall, Kali Linux is a great choice for anyone who wants to get serious about ethical hacking or security research.

Kali Linux is a powerful penetration testing and security auditing operating system. If you’re looking for an OS that will let you dig deep into your network and systems, Kali is the perfect option. In this guide, we’ve walked you through how to install Kali Linux on your computer. We hope you find it as useful as we do!